All About Seasonal Influenza -  The flu season is here. Are you prepared?

Seasonal influenza is an infectious respiratory illness. It happens when a person gets infected with the influenza virus. It spreads quickly through various modes of direct transmission such as a droplet, contact, and aerosol methods. It can also indirectly be spread by touching surfaces, hands, or objects contaminated with the virus from a sick person. While the virus is highly contagious, influenza is still easily preventable.

Cases of symptomatic seasonal influenza clocks in at around 4-50 million per year in the EU/EEA. Deaths associated with the disease are at 15,000-70,000 European people annually.

Seasonal influenza globally occurs in epidemics at certain times of the year:

Pandemics can also occur at irregular times across the globe. Continuous surveillance against seasonal influenza is being done throughout the world, including the EU.

Some illnesses present with influenza symptoms, although the influenza virus does not really cause them. These influenza-like illnesses (ILI) are often caused by other bacteria and viruses and thus cannot be classified as influenza.

1. Influenza A – This group is known to infect humans the most. Type A viruses are further narrowed down into other subtypes depending on the virus’s two main glycoproteins lying on its surface:

Influenza immunity lies with the human body’s production of antibodies against the glycoproteins.

2. Influenza B – This group also infects humans but causes less severe symptoms and complications. There are two antigen lineages belonging in this group, namely:

No other subtypes exist for Type B Influenza virus.

3. Influenza C – This group infects humans but only on rare occasions, causing only a few outbreaks.

It’s the types A and B viruses that we’ll focus upon on this post. These two types often cause influenza illness in humans.

There were times that humans got mixed types of influenza viruses, such as:

It was the A(H1N1) virus that spread and caused a worldwide pandemic of influenza last 2009.

Changes in the viruses are all due to a phenomenon known as antigenic drift. Here, influenza virus genomes gradually and spontaneously mutate. The RNA segments of both the influenza A and B genome can also be re-assorted (especially the Haemagglutinin of the Influenza A viruses), causing another change in the virus.

Influenza A viruses do not only spread in humans alone. Swine and birds can also catch the virus and get infected. The bad part is that the virus can be passed along from swine to humans and birds to humans, and it may also interchange. These are the virus strains that have affected swine, birds, mammals, and other animals:

Note that these viruses all belong to Influenza A only.

Given that the Influenza A viruses make animals their reservoir, this virus type is the only one known to cause pandemics. Pandemics occur as a result of more significant changes in the virus’s genes, known as antigenic shifts.

Antigenic shifts occur when HA and NA subtypes of the virus from infected birds or swine are included in a new virus through re-assortment. At least one RNA segment of the virus must be exchanged in order for a viable re-assortment to commence. The virus then gets the ability to infect humans as well as animals.

Pandemic virus strains can cause the following:

Influenza virus infections are popularly known as “flu” in many parts of the world. However, people also use the term to describe mild illnesses that resemble influenza symptoms but are caused by other infectious agents.

We’ll divide this section into two – for mild influenza and severe influenza.

Mild cases of uncomplicated influenza start at a rapid onset, presenting with both respiratory and systemic symptoms. These symptoms include:

Vomiting and diarrhea can also be present, especially in infected children.

Most of the systemic symptoms such as aches and fever subside after a few days. Cough, weakness, sore throat, and runny nose may take a few more days to weeks before they completely disappear.

While many get symptoms of mild influenza, an estimated 75% of infected people may appear asymptomatic. This could happen during a known influenza season. You may have mild influenza but do not feel any symptoms at all.

Influenza that progresses to a severe case is typically due to a strong influenza virus infection or another infection of bacterial origin. Bacterial types such as Staphylococcus aureus and Streptococcus pneumoniae can infect a person already with influenza, causing aggravated illnesses such as pneumonia. Other possible diseases that can occur are:

Both conditions are severe and can even be fatal.

Seasonal influenza severity may depend on several factors such as:

Such age groups often tend to get hospitalized more than other people who get influenza. Young children and older adults have weaker immune systems and are more predisposed to getting infected. Babies and toddlers haven’t fully developed their immune responses yet. Older adults often have underlying medical conditions that weaken their systems and make them vulnerable to influenza viral infections.

Apart from these age-related risk groups, people with underlying medical conditions can also get the disease. Such illnesses include the following:

Healthy pregnant women can also be infected by influenza and are at risk of becoming hospitalized as well. This often happens during known influenza seasons.

Note that even with all these risk factors present, influenza infection can strike anyone at any given time. Risk groups and factors may make certain people react more severely to the virus. Any underlying conditions can also be exacerbated due to the influenza infection.

Telemedicine in Malta
by Mobidoctor 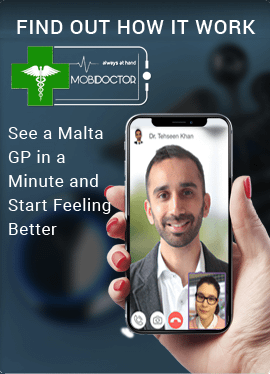 Please enter registered email id and OTP will be send to the registered mobile no.

Please enter mobile no. and an OTP will be send for verification.